It has been a fun and very busy beginning of the week for me!  I was so happy to have booked some TV appearances with my book that is on Kickstarter.  There are only 11 days left, so check it out and share so it can be funded : )  Pledges do not get charged until the campaign is over AND it has reached the funding goal.

On Sunday I flew into Salt Lake and in the morning on Monday I went to the ABC studio…  Here are a few pictures, one from my view from the kitchen and the other is my view of my kitchen setup. 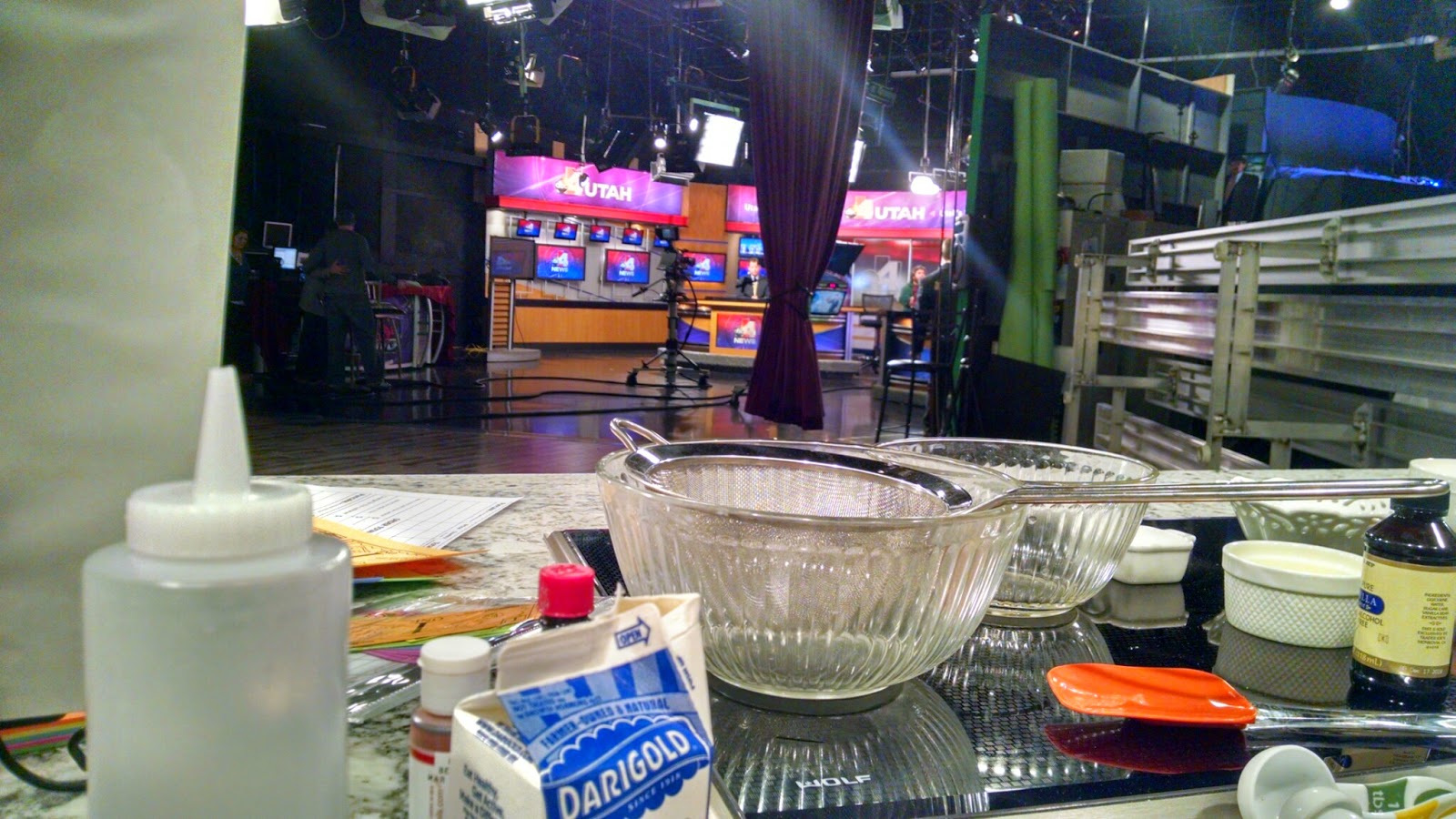 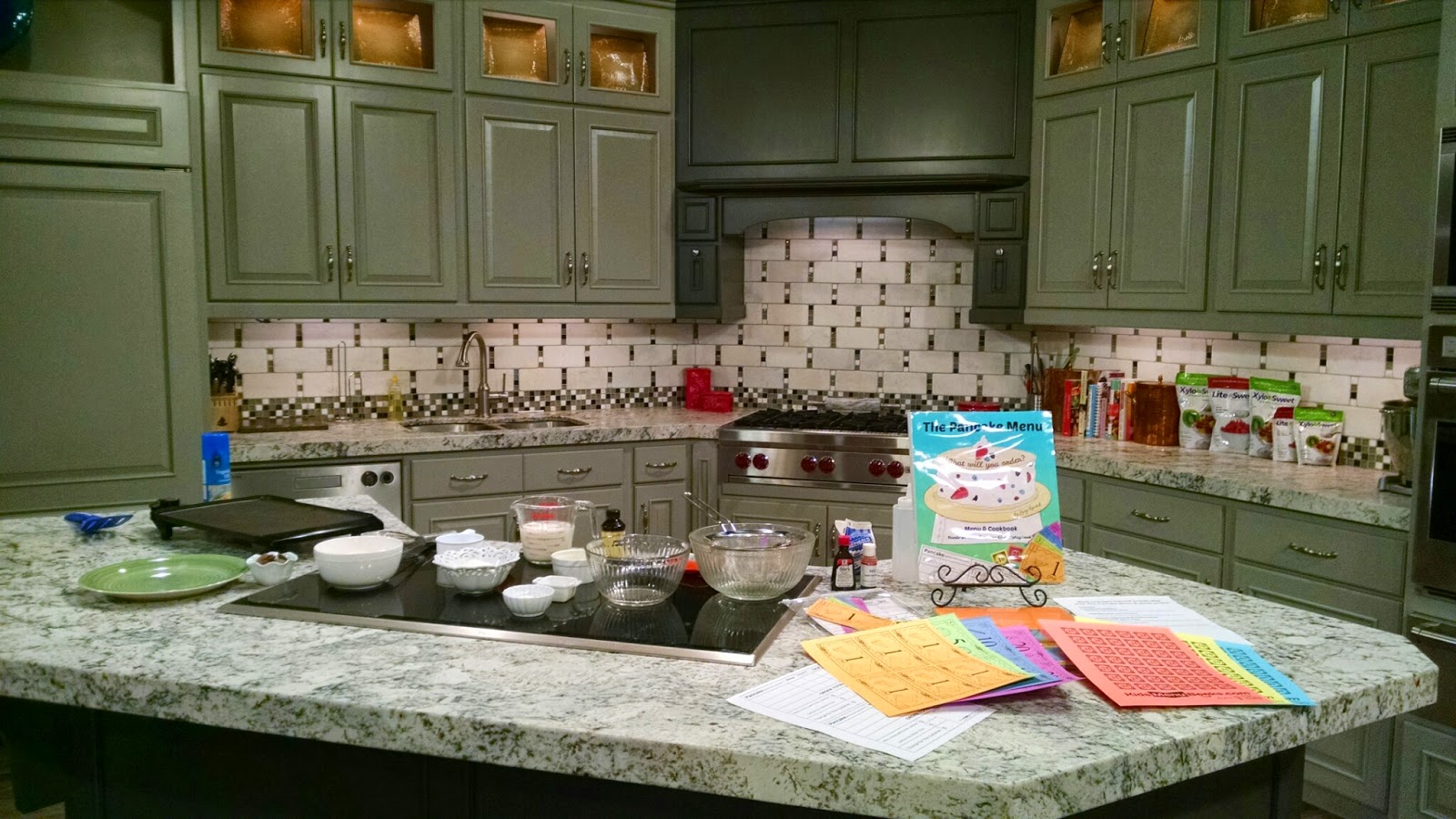 They were so great at the studio and the segment turned out great!  I didn’t get to talk about Kickstarter as much as I wanted, but I still think it was a great segment.  Click on the link and check it out–feel free to share it too!

About an hour after leaving the studio I was back at the airport to fly out to Tennesseee.  I flew into Atlanta, GA and then took a smaller plane into Tri-Cities, TN.  Everything went smoothly, but I only had six hours of sleep since I needed to be at the ABC 19 studio in Kingsport by 7:45 this morning.  It turned out great!  There was a slight miscommunication about having kids on the set.  She thought I would be bringing them and I thought they would have a couple of local kids there.  It was a super short segment there, so I think it will be fine that no kids are shown playing with the menu money.  If someone wants to see kids playing with the money they can watch the Kickstarter video : )  Rachel and I had a lot of fun making the pancakes and it was fun to see how much fun the adults liked my book too! 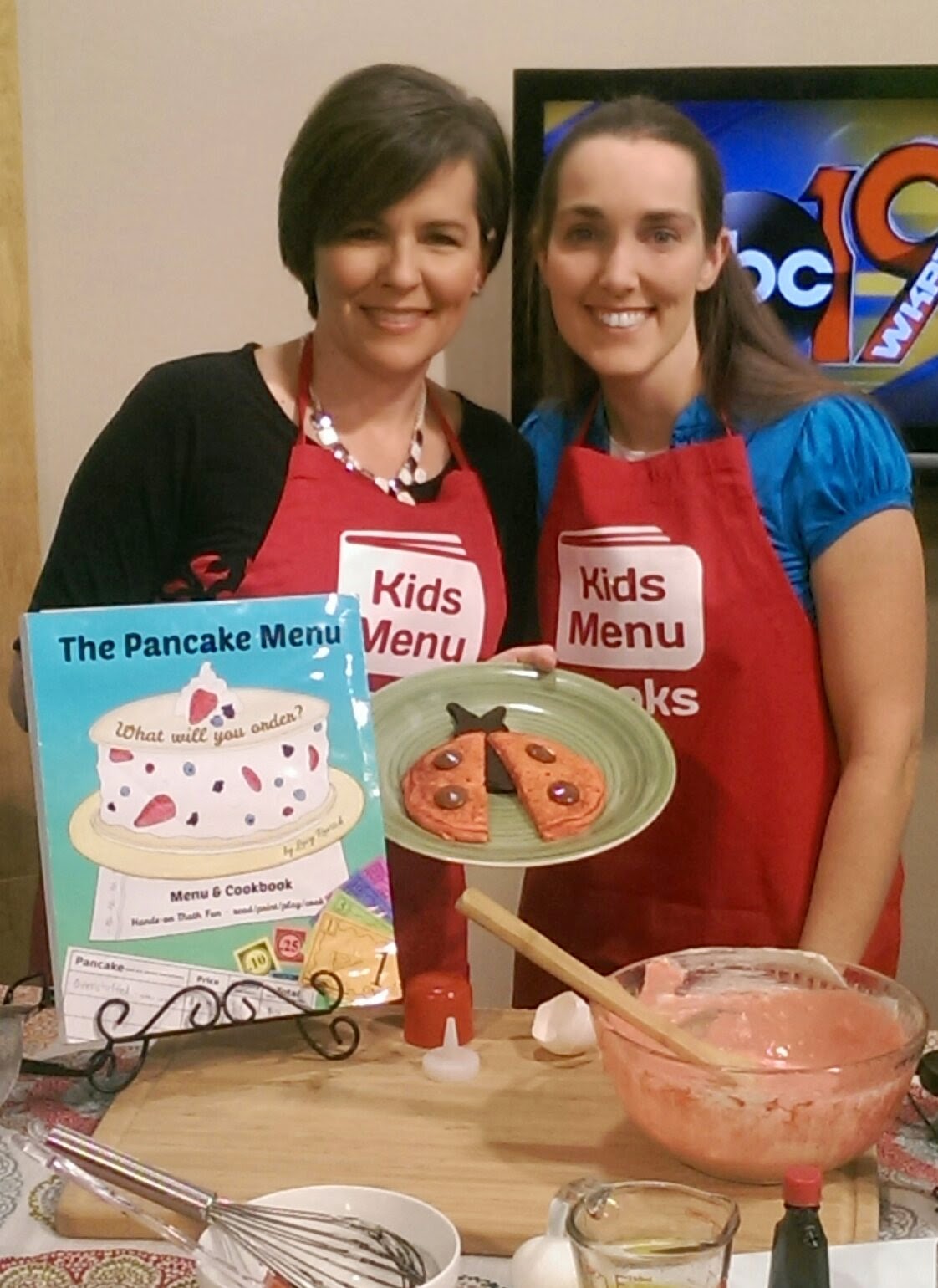 Now I am back at the TRI airport waiting to fly to Atlanta and back home to Los Angeles : )  Thanks for all your encouraging words and support on my writing venture.  I can’t wait to have this great hands-on math engaging book for kids.  They will love it!

The Pancake Menu is scheduled on Amazon to be released mid Feburary as a Kindle book, but the Kickstarter campaign is for pre-orders of hardcover books, but it is only for a limited time (it runs through January 31, 2015).  I hope you can help it fund and help spread the word.