Kickstarter here we come for Tried it Tuesday

I have been stewing and thinking and thinking some more about my children’s book that made me get into writing for kids, My Kids Menu Book series–I am determined–I am going to run a Kickstarter campaign to turn my book into a reality.  The books are novelty books that kids play with by playing pretend restaurant, making an order, and playing with money.  I even added another layer by making kid friendly recipes.  But I need to start my series with just one book.  It will be The Pancake Menu: What will you order?  Menu & Cookbook. So, now to get ready for January when I will be fundraising and turning my goal into a reality with your help.

I had the basis of this idea since college (1999) when I made The A to Z Pie Menu for my children’s literature class (a book with a pie, price of the pie, and a small picture of what was inside the pie).  Years later when I had a couple little kids of my own I had that book on the bookshelf among other books.  When I saw my three and one year old playing with my book and “reading” it (looking at the pictures and saying yummy) I thought maybe other kids could use this.  Life got busy but for the next several years (about 6 years I thought about it and wrote down some goals).  In those six years one book idea became a series and I had big plans for Menu Books.  My dream is that there will be about 10-15 books and every classroom will have the whole set so kids can play in small groups with them.  Kids can have fun with them at home too (of course)! 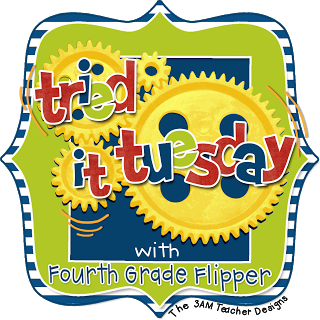 What have I tried to get my book into the hands of parents, teachers, and kids that will love it?  Here are all my tried its for the last 4.5 years!
1.  I rewrote it. And revised and asked friends and family what they thought.  There was only so much family and I thought it was a good idea.  I still kept the idea of having it go from A to Z.  I finally got some extra time to write when my third child went to preschool (fall of 2009).
2.  I joined SCBWI (Society of Children’s Book Writers and Illustrators).  They were a wealth of information and I went to my first big conference the summer of 2010.  I’ve still been an active member attending almost every even I can around the Los Angeles area.  The manuscript looks much better today because of the much help from people I have met with this organization.
3.  I sent my manuscript off to agents and what little editors are still open–sometimes after meeting them at conferences and events and sometimes after researching what they like based on internet sites.
This is my submission breakdown thus far for all my books (I have some other math related picture books too…
To help people understand my plans for my menu books I made a sample site at www.kidsmenubooks.com where printable play money and ordering pads can be printed at the readers convenience.  By the way, feel free to use the menu money for any play money needs : )  I am sure it will be revised if my campaign gets funded, but you can use it now if you like.
Anyway, I am happy to announce my tentative Kickstarter campaign to make this book a reality and start the series of Kids Menu Books!  I am slating the campaign to run in January 2015.  In the mean time I need to figure out the budget–so far it looks like it will need to be at least $50,000.
Things I need to budget for are the purchase of ISBN and barcode, pay an illustrator (even though my drawings are okay I don’t have time to do them as high standard as I would like), pay a person to format the book, pay a printer (and the complexity of the folds of my format will mean I need to get an off shore printer and that means it needs to be a minimum of a 3,000 print run), pay to get onto Amazon and hopefully B&N, pay for website revamp and upkeep.
I am confident there are enough parents and teachers out there that will LOVE this book and the whole Kids Menu Book series to come.  I’d love to hear what you think.